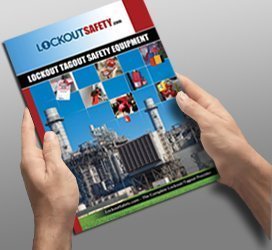 Lockout is a practice used to prevent the release of hazardous energy. For example, a safety padlock can be placed on an energy isolating device that is placed in the OFF or Closed position. The term Lockout refers to the principle of correctly shutting down an energy source, draining excess energy that may be present and applying devices to that energy source in order to prevent it from being energised.

All workers performing servicing and/or maintenace on equipment and who are exposed to the unexpected energization, start-up or release of hazardous energy.

Lockout in a Nutshell

A lockout device stops equipment from being switched on when it is absolutely crucial that it remains switched off.

Energized. Connected to an energy source or containing residual or stored energy.

Hot tap. A procedure used in the repair, services and maintenance activities which involves welding on a piece of equipment (pipelines, vessels or tanks) that is under pressure in order to install appurtenances or connections. It is often used to add or replace sections of pipeline without interruption of service for air, water, gas, steam and petrochemical distribution systems.

Lockout device. A device that utilizes a positive means such as a lock (either key or combination type), to hold the energy isolating device in the safe position and prevent the energizing of equipment or a machine. Included are blank flanges and bolted slip blinds.

Servicing and/or maintenance. Workplace activities such as installing, constructing, adjusting, inspecting, modifying, setting up and maintaining and/or servicing machines or equipment. These activities can include cleaning or unjamming of machines or equipment, lubrication and making adjustments or tool changes, where the employee may possibly be exposed to the unexpected energization or startup of the equipment or release of hazardous energy.